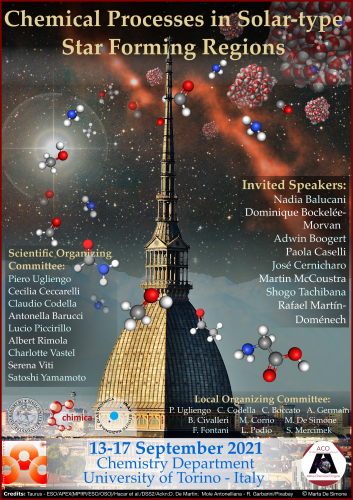 Lively and elegant, always in movement, nonetheless Torino is incredibly a city set in the heart of verdant areas: gently resting on the hillside and enclosed by the winding course of the River Po, it owes much of its charm to its enchanting location at the foot of the western Alps, watched over by snowy peaks.

The first Capital of Italia invites you to discover its ancient and modern history, the palaces and museums, the parks and tree-lined avenues, the river and the hills, the restaurants and historic coffee houses, the long colonnaded streets and the multiethnic neighbourhoods, the great events and the many little pleasures which have always made it unique, in a balance between the rational Roman town layout, the measured pomp of Piemonte baroque and the originality of the modern and contemporary architecture.

Torino must be discovered step by step strolling along its streets and piazzas; mostly, it has to be lived, for a week end or for more days. That is why there are some things by all means “to see”, “to do”, “to taste” and “to know”.

The Torino Metropoli area consists of the urban area of the city with its outer areas bordered by what has always been historically known as the Corona delle Delizie – the crown or ring of “delights” formed by the Royal Residences dotted around the outside of the city.

The biggest attraction is the city of Turin itself with all its cultural offers: museums, sites and monuments, contemporary art, major events, industrial tourism and the Royal Residencessituated in the town centre and the metropolitan area. And then, not forgetting the food and wine offer.

WHAT TO SEE IN TURIN IN A DAY

How to spend a day enjoying #UndertheskyofTurin?
We'll tell you what to do in Turin in 24 hours!

City of art, hills, lakes, the Alps, millenary traditions: the territory of Torino offers extraordinary experiences...
And it couldn’t be otherwise, since it acts as a crown to the first capital of Italia!
Yes, because Torino is an aristocratic “old lady” more than two thousand years old: you will notice this simply by walking along the streets and around the squares, admiring the city’s monuments, the elegant Royal Residences, the Baroque churches, the new neighborhoods and the innovative buildings, visiting the prestigious museums, indulging in the small pleasures of life in historic cafes... an old lady reborn from her own ashes more dynamic, innovative and modern than ever but always proud of her great past.

Crossed by the Po and surrounded by the western Alps, Torino was defined by Le Corbusier as “the city with the most beautiful natural position”.
The hills that are reflected in the river - full of hiking trails - welcome small treasures such as the Juvarra Basilica of Superga, Moncalieri and its royal castle, Chieri with the“rubatà” breadsticks, Pecetto and its cherries, Marentino and honey... and just a little further away, Carmagnola with its famous peppers.

What about the surrounding area, among other things crossed by four itineraries of the Via Francigena? First of all the mountains, the ideal terrain for all kinds of outdoor activities365 days a year! The Alps of Alta Val Susa and Chisone, site of the 20th Olympic Winter Games of Torino 2006, are perfect locations for lovers of skiing and snow with the districts of Vialattea and Bardonecchia, while the Gran Paradiso National Park (the first national park to be created in Italia) characterizes the Orco and Soana Valleys and its “capital” Ceresole Reale - one of the Pearls of the Alps - in the triumph of summer trekking; the Lanzo Valleys, moreover, were for a long time the holiday resorts of the Torino aristocracy and bourgeoisie... and it shows!

Susa Valley is dominated by the imposing Sacra di San Michele, a medieval monastery, symbol of the Piemonte Region, by ancient fortresses such as the millenary Exilles Fort and the “Porta d'Italia”, Susa, whose origins and Roman splendor have many witnesses throughout the entire city.

Another unicum is the Morainic Amphitheatre in Ivrea, a complex of hills, lakes, rivers, peat bogs and rocks designed by the Quaternary glaciers that surround the Canavese capital, entered as part of the UNESCO World Heritage List as “Ivrea Industrial City of the Twentieth Century” alongside the Ducal Castle of Agliè, the Shrine of Belmonte and the Pile-dwelling Site of Azeglio.

Pinerolo, the centuries-old epicenter of the history of the cavalry, is not far from the incredible Fenestrelle Fort, unique in Europe and symbol of the Province of Torino; the surrounding valleys (with Torre Pellice in the centre) have a Waldensian heart which is expressed both in its evangelical faith and in its customs and traditions.
But there is still much more to discover!

It is possible to drive your own car around Torino (although with some limitations and paid parking), but it is advisable to make use of the extensive network of public transport on the roads and the underground, as well as of the taxi tour, car sharing and bike hire proposals.

Visiting and discovering Torino is easy.

Choose from the products and services offered to you in each period of the year. Cards for getting discounted or free entry to museums, exhibitions, fortresses, castles and Royal Residences so that you can experience everything that the city and its territory has to offer, and never miss the chance to take part in every kind of event, whether international or of consolidated local tradition.
And all over the provincial territory there are guide services for individuals or for organized groups, and many other offers for savouring all aspects of the villages and city: from art to gastronomy, entertainment and sport.